The drug for the treatment of erectile dysfunction Viagra topped the list of fake goods in Korea in value terms from 2013 to 2015, reported the Korea Times based on data provided by the Korean Customs. 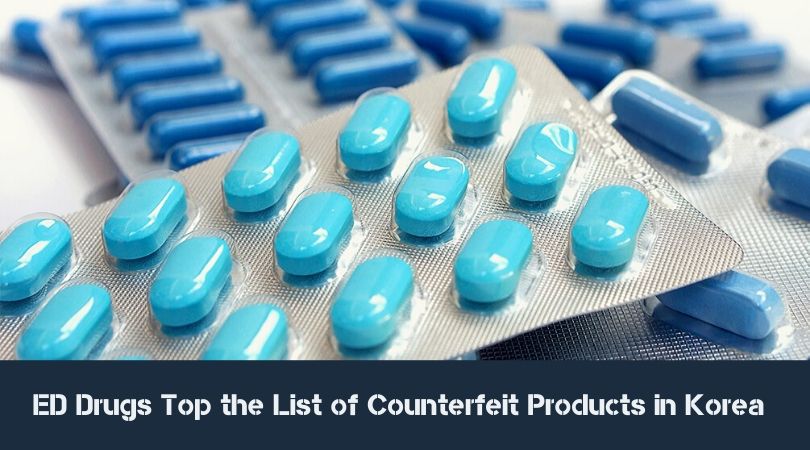 “Fake erectile dysfunction pills, such as Viagra, Cialis and Levitra, arrived in Korea from China from 2013 to 2015,” the customs service said in a statement. “Such counterfeit drugs can pose a serious threat to personal health and to public health in general.”

Recently, the police seized 205 boxes with six types of drugs manufactured by Pugang Pharmaceutic in an amount equivalent to 8 thousand US dollars. These counterfeit products included drugs for the treatment of erectile dysfunction and the like.

More than half of the Viagra sold over the Internet in Korea may be fake. As a result of laboratory studies conducted by British scientists, it turned out that some of the tablets sold in Korean online pharmacies contain either a smaller amount of the active substance or other components that are different from the actual Viagra composition.

“According to our initial estimates, about half of Korean Viagra could be fake,” said Dr. Nick Wilson of the University of London at a UK pharmaceutical conference.

Viagra, which enhances sexual activity in men, is a fairly demanded drug along with anti-alopecia and overweight products. All of these drugs can be easily purchased online in Korea and all of them are often faked.

Fakes are offered under the same name and in the same packaging as the branded drug.

Scientists cannot yet say for sure whether the fake Viagra is dangerous for consumers but they say that at least a fake drug will not produce the expected effect. But an increased dose of the active substance can lead to a heart attack.

According to experts, when you buy Viagra online in Korea, you should be wary of suspicious websites, low prices and lack of seller’s contact information.