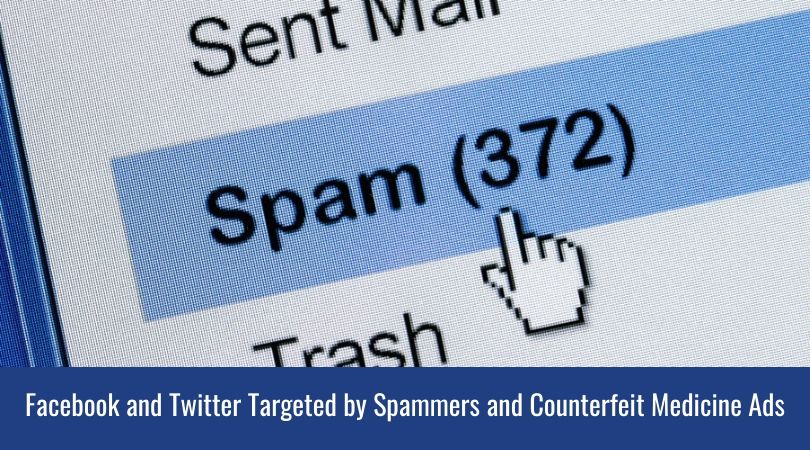 The share of spam in email traffic continues to grow. Manufacturers of security systems “keep abreast” and are constantly updating their software, taking into account the technologies used by spammers. However, the latter do not give up and come up with new, original solutions to overcome the “protective” barriers.

Cloudmark discovered a campaign to send promotional messages using the Twitter-owned link shortening service. To sell illegal drugs manufactured in India, attackers decided to use the platform of the popular microblogging network.

Andrew Conway, an analyst at Cloudmark, described the recent increase in the use of t.co to spam on his blog.

After analyzing 1,200 links shortened with t.co and flagged as spam by users of the Cloudmark Global Network, Conway found that most of them lead to Indian sites selling illegal drugs. The ways of promoting these advertising links were almost the same, which prompted the researcher to the idea that the same spammer worked in both cases.

Twitter could not determine that the company’s services were used by an attacker, since the links shortened with t.co did not lead to the advertised site but to the compromised domain, which redirected users to the advertising page. Because of this, the company’s specialists took several weeks to stop spamming.

Medication is the main topic of spam in July

The percentage of spam in the total volume of mail traffic in the Internet segment in July amounted to 78.7% on average, exceeding the June average by 4.5%.

According to spam analysts, the minimum percentage of spam was recorded on July 10 and amounted to 74.3% of all mail traffic, the maximum fell on July 17 and amounted to 81%. It is noteworthy that a slight increase in the proportion of spam in the middle of summer has been observed for the second year.

The list of leading spamming topics is still headed by the topic “Medicines; health products and services.” The share of this subject increased by 6.3% compared to June and amounted to almost a third of all spam – 28.2%.

Spam on the subject of “Education”, which ranked second in June in the thematic distribution of advertising mailings, almost halved in July and amounted to only 6.8%, leaving the top five thematic leaders.

In general, the list of leading spam topics in July 2007 is as follows:

During July, spammers tried to learn new techniques for bypassing spam filters and delivering spam to users. The pdf spam seems to have run out of resources. After the initial surge, when the proportion of such spam was up to 10% of all spam traffic, the number of messages with pdf attachments plummeted and at the end of July amounted to only 0.1 – 1%. However, distributors of “investment” spam continued to experiment using attachments in spam emails. So, in particular, a new form of distribution of “investment” spam has appeared – in zip archives.

Due to the increase in spam in attachments, the volume of mailings in traditional graphic formats (gif, jpeg, etc.) decreased – its share as a result decreased from 18.2% in June to 16.9% in July.