India is one of the leading pharmaceutical manufacturers in the world. About 24 billion dollars of medicines are produced annually in the country: more than twenty thousand finished medicines and about four hundred substances. The same country is the largest producer of fake drugs. The annual sales of counterfeit medicines is 15–20% of the total Indian pharmaceutical business. Recently, law enforcement agencies have noted a high level demonstrated when counterfeiting drugs: fraudsters have sophisticated technical means.

The heads of pharmaceutical companies in India recently gathered in Bombay to discuss the magnitude of the problem and the possibilities for solving it. The meeting was hosted by the Indian Drug Manufacturers’ Association (IDMA) with the support of other industry organizations — OPPI, PAMDAI, and AIOCD. 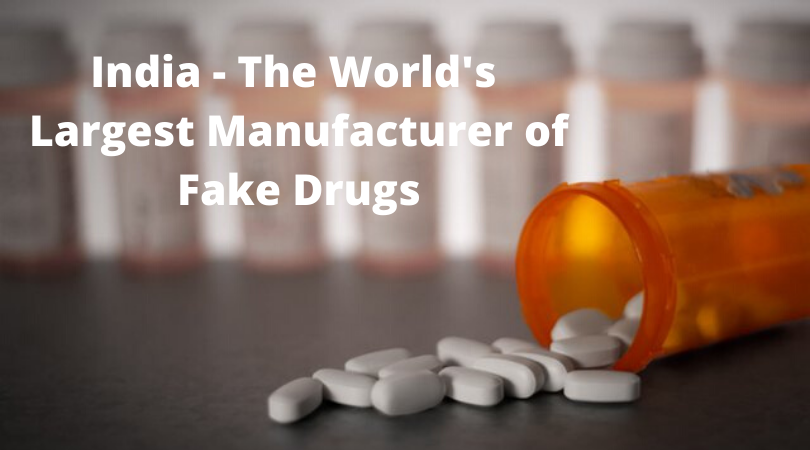 The problem of fakes is faced by most major manufacturers. In the field of pharmaceutical production, counterfeit products can not only damage the enterprise or the market, but also create a threat to human life. According to Mr. Yogin Majmudar, president of IDMA: “when it comes to medications, we are not only talking about economic losses for the manufacturer, but also about the negative impact on human health, in particular, that the expected recovery does not occur. Therefore, it is absolutely imperative for regulators, pharmaceutical companies, entrepreneurs, and consumers to do everything possible to ensure that only genuine, high-quality drugs are delivered to patients.”

Dr. B. K. Goyal, director of the ICC hospital in Bombay, noted that despite the progress made in medicine over the past 50 years, as well as the considerable efforts of physicians, in many cases, patients cannot be saved. This, in his opinion, is partly due to fake drugs. Based on his experience, Dr. Goyal claims that fake medications account for about 10% of the industry’s turnover. Traditionally, antibiotics, antiprotozoal, antimalarial drugs, hormones and steroids have been falsified on a large scale. Within the framework of current trends, such medications as dietetic drugs, drugs for diabetes, hypertension and cancer are added to this list, as well.

Sometimes the use of fake drugs results in irreparable consequences. In Nigeria in 1995, 2,500 people with meningitis died as a result of using fake medications. In 1995, 89 people died in Haiti as a result of the use of counterfeit paracetamol, which was used in the preparation of glycerin mixed with diethylene glycol.

Measures to prevent the distribution of fake drugs

Dr. Goyal believes that the reason for the widespread distribution of fake and low-quality drugs is the slow progress of trials and the imperfection of the legal system. Mild punishments, ease of issuance of guarantees and inadequate infrastructure, when there are only one inspector for 172 drug retailers, while it is recommended that there are one inspector per 100 merchants led to the problem reaching its current magnitude.

Dr. Goyal calls on government to accept a law for manufacturers of fake drugs to cope with this threat. He also insists on the strict application of the “Act on Medicines and Cosmetics” throughout the country, guided by the “true meaning of this law” and ensuring the use of quality manufacturing, clinical and pharmaceutical methods. Product analogs should be banned and doctors should not be bothered when suspicions arise. The police should set up mobile teams in areas where they sell fakes, and treat the production of counterfeit medications as well as the production of drugs.

Counterfeit Indian medicaions are successfully fought outside of India. In May 2002, a grand jury in New York named 5 companies that were charged with manufacturing fake Viagra and selling it online. The investigation covered a 17-month period during which investigators purchased 28,000 fake Viagra pills from China and India.

Talking about precedents in India, Mr. Lalit Kumar, Executive Director of Wockhardt Ltd., said that in February 2002, fake drugs worth 10 million rupees, including 10,000 vials of nethromycin, a very expensive antibiotic, were arrested in Delhi. Today in India, expensive and sophisticated injections, expensive pills and inhalants, and tablets and capsules are faked.

In July 2001, drug inspectors, together with members of the Delhi Medical Association (DMA), collected 53 samples, allegedly belonging to such well-known companies as Pfizer, Novartis, Lupin, Dabur and GlaxoSmithKlein. At least 9 samples did not contain a therapeutic ingredient, and 4 contained too little.”

Mr Kumar believes that contaminating an expectorant for coughing with diethylene glycol several years ago in New Delhi resulted in severe health problems in 36 children, some of which were only a few months old. From April 1 to June 9, 1998, 33 children died in a 3-day period.

Mr D. D. Chopra, Director of J. B. Chemicals and Pharmaceuticals P. Ltd., spoke in detail about the effects of counterfeit drugs on the industry and doctors. Once, he noted, a fake so severely affected the sales volume of a real medication made by his company that its market potential was halved. According to Chopra, counterfeit products are most often faked. According to Mr. Chopra, the fake drug market makes up 15–20% of the entire drug market. Unfortunately, he noted, government testing laboratories are not yet able to help solve this problem.

According to Mr. Kumar, not only tablets and capsules are now faked, but also expensive and complex injections and inhalations. The therapeutic segment of the fake market has also expanded. In his opinion, a moderate estimate of the world market for counterfeit medications is $20 billion, which accounts approximately 10% of the total global turnover of pharmaceutical products. This is one of the fastest growing black markets in the world after prostitution, drugs, terrorism and the arms trade.

Mr. Kumar also noted that the Indian problem now concerns a number of other countries. For example, in Vietnam and Myanmar, over 40% of antibiotics are imported from India: 11% of the antibiotics in these markets are fake or substandard. In African countries, especially in Nigeria, Kenya, Tanzania and their neighboring countries, the problem of counterfeit medications from India and Hindustan is complicated.

In July 2002, Mr Kumar reported, the Italian authorities arrested 2 tons of raw materials for the production of counterfeit medications delivered from India and China, packed in Europe and sold in the Americas. Between 5 and 8% of drugs that are supplied in bulk in the United States are fake, unauthorized, or substandard. Moreover, the quality of falsified packaging is amazing. There were several cases when the companies themselves were not able to distinguish fake from their own products by labeling and packaging.