Counterfeit medicinal products can have a serious impact on human health, the body’s resistance to adverse environmental influences, as well as on the work and profitability of pharmaceutical companies. Therefore, the fight against fake drugs is an important issue which concerns not only the state but also business. 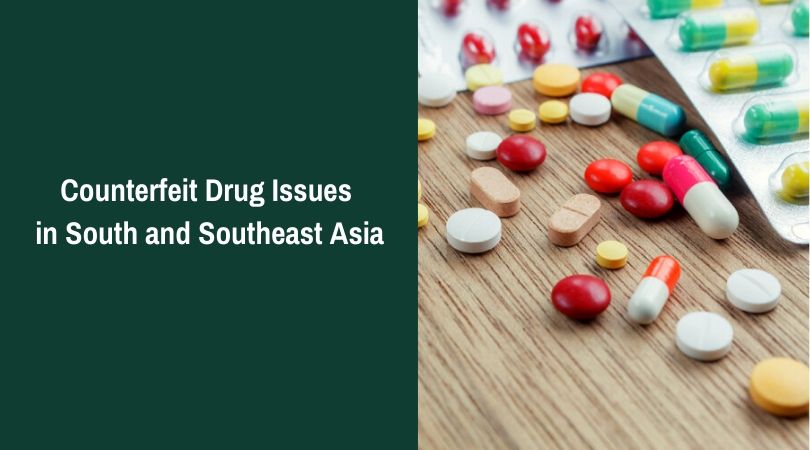 In 2017, WHO found that 10.5% of pharmaceuticals in low- and middle-income countries are fake or substandard. Many countries in Southeast Asia, such as China and India, are developing countries, so the number of fake drugs is estimated at the same level there.

In 2010, an international police operation has resulted in the seizure of 20 million fake drugs in Southeast Asia. The seized medications included illegal antibiotics, antimalarial and birth control pills, anti-tetanus vaccines, aspirin and drugs for erectile dysfunction.

WHO reported that Asia has the highest proportion of counterfeit drugs in the world. At the same time, China and India are the largest producers of pharmaceutical products, and therefore fake drugs can become a source of serious problems for this densely populated region. At the same time, this problem concerns not only Southeast Asia but also has a global character.

India and China are major players in the fake drug market. A significant part of the medicinal product is produced there, as a result of which residents of other parts of the planet can suffer from its poor quality. In particular, the reason for almost half of the deaths in the current opioid crisis in the United States was the use of synthetic heroin fentanyl, produced in China.

Although the impact of counterfeit medicines on the patient is undeniable, preventive measures are being taken around the world that can avoid adverse effects. Initiatives such as the Counterfeit Medicines Directive in Europe could be a model for similar projects in Asia. This European document introduces mandatory safety requirements for prescription drugs and certain over-the-counter drugs, requirements for wholesale distributors, strengthens the rules for the import, control and inspection of active pharmaceutical ingredients and their manufacturers, as well as requirements for online drug distribution.

What can be done in the future?

In particular, measures can be taken to minimize the spread of fake drugs. In 2013, WHO launched the Global Epidemiological Surveillance and Monitoring System to encourage countries to report cases of low-quality and falsified medical products in a structured format.

Myanmar uses a portable device developed in Nigeria that allows you to analyze the composition of a given drug in real time. The device is already being used on a commercial basis, confirming by its existence that pharmaceutical companies and suppliers can also make a significant contribution to the fight against counterfeiting.

The problems that arise due to fake drugs in South and Southeast Asia are and will remain a source of problems for both patients and the pharmaceutical industry. Steps taken to solve this problem include serializing and improving the quality of drug tracking. Collaboration can also help in the fight against counterfeiting. The implementation of these and other measures gives hope for a successful outcome in the fight against counterfeiting, improving public health and reducing the costs of pharmaceutical companies.