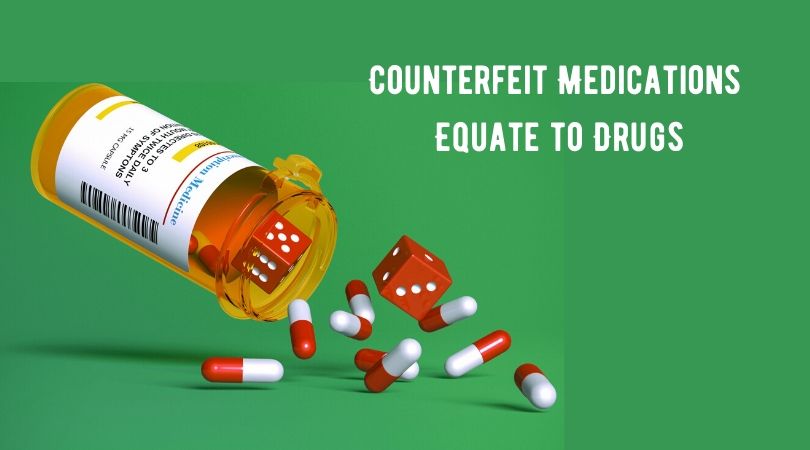 Selling fake medications can be equated with drug trafficking. Those selling illegal drugs through the Internet will be punished with imprisonment of up to eight years, World Health Assembly reported today. The thing it that fake medicines often contain dangerous substances, which in some cases can lead to death.

The market for counterfeit medicines is only partially controlled. There should be systemic measures, for example, labeling of medicines. So World Health Assembly believes: “The regulatory bodies selectively control the quality of certain medicines. It was planned that a system for marking drugs will work. Marking is when a special QR code is applied to the package and information about the drug is loaded into a single database. A patient, a doctor, and a manager who works in the pharmaceutical industry can receive it from this base. A set of measures should start working, starting from criminal liability, and, of course, it is necessary to implement systemic measures such as labeling and not selective, but total control over the entire mass of goods.”

There are two types of fake drugs: the so-called “dummies,” such as tablets made from pressed chalk, and medicines with dangerous chemicals. Many fake drugs are imported from the countries of Southeast Asia and South Africa. Counterfeit medicines may include antibiotics for influenza and even medicines for cancer patients. Recently, they often fake rare drugs. It’s more profitable to fake expensive drugs that are rare and difficult to get. We have orphan diseases that are treated with medicines. The cost of packaging reaches $1500. Of course, for those involved in counterfeiting drugs, it’s more profitable to fake expensive drugs. By law, you can only buy medicines at the pharmacy. Fraudsters disguise themselves as websites of pharmaceutical companies and pharmacies. They may even place a license on the website but distinguishing it from a real one is not easy. Buyers are lured by low prices and delivery.

Now there are some opportunities to circumvent legislation and deliver medicines to certain groups of citizens. Of course, price is important for consumers. The patient uses the Internet resource in order to get cheap drug with home delivery.

The main advice: buy medications from trusted pharmacies, that is, in those pharmacies where you buy them constantly.

According to experts, in the coming years there will appear more counterfeit drugs on the market – the business remains attractive to scammers.