A criminal case has been opened against the CEO of Despedia Igor Gusev. Experts call him the world’s largest spammer. The businessman is suspected of illegally selling drugs using spam mailing. 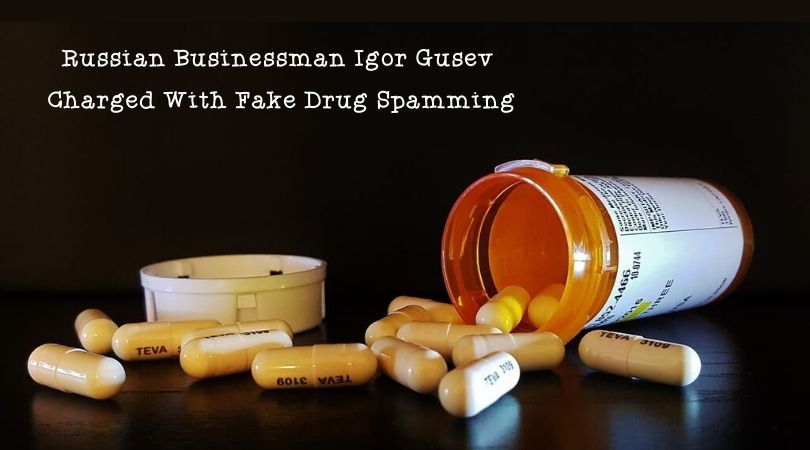 Neither Igor Gusev nor his representatives have commented on this information at all.

If the entrepreneur’s guilt is proved, he faces up to five years in prison. In addition, in the near future, the data on Gusev will be transferred to Interpol.

Specialists and market participants call Igor Gusev one of the largest spammers in the world, and Russia is the leader among countries with a high level of computer crime.

“Igor Gusev is considered one of the largest players in this market. A few days ago, the largest rally of cyber police officers in Quebec, Canada ended, and by its results we can say that Russia has become considered the number one country in the field of cyber crime,” Alexander Chachava said (President of Leta Group).
According to the expert, today about 20 thousand Internet fraudsters operate with impunity in Russia, and the annual turnover of the computer crime market reaches $1 billion.

At the same time, there is practically no liability for cybercrime in Russia. There are several reasons for this. Firstly, today in Russia there are only two laws that regulate activities on the Internet.

Alexander Chachava cites neighboring Belarus for comparison, where there are eight such laws.

The second problem is the low level of computer literacy of people who must fight crimes in this area.

According to Kaspersky Lab experts, spam accounts for 20% of the entire online advertising market in Russia.

At the same time, the BBC President of the Leta Group company Alexander Chachava explained that spam mailing is extremely inefficient. Hackers receive the main income not from spam but from activities that are associated with it.

“Spammer advertising is ineffective but due to the fact that spammers have the opportunity to send this advertisement to a million dollars for a penny, some small percentage seems to work somehow. But it’s much more dangerous that these spammers send viruses selling counterfeit products that are more responsive,” Alexander Chachava said.

Russia Lags Behind the United States

The United States comes first in terms of the amount of spam sent, followed by China and India.

Russia ranks fourth in the ranking, said Andrei Nikishin, head of the Kaspersky Lab’s cloud and content technology laboratory in an interview with the BBC.

By the way, over 70% of global spam advertises fake Viagra.

Moreover, the main target of spammers advertising medical products is not Russia but the USA and Western Europe: it’s difficult to get prescriptions for many medicines there, but they are expensive.

In Russia, spamming is prohibited by the Law on Advertising, but there is no criminal liability for such an offense.

Experts agree that the initiation of a criminal case against a spammer is a precedent but it is unlikely to turn into a trend because Igor Gusev is accused of illegal business.