Sproxil is an American-based commercial company. It is venture capital based company located in Cambridge, Massachusetts, This company provides consumer SMS and App product verification services. It is called Mobile Product Identification or MPI. It is helpful for consumers to avoid buying fake products. The service was the first Mobile Authentication Service (MAS) to launch in Nigeria. ISO 27001 and ISO 9001 have certified that the company also offers supply chain protection solutions, mobile loyalty, marketing programs and advisory services. 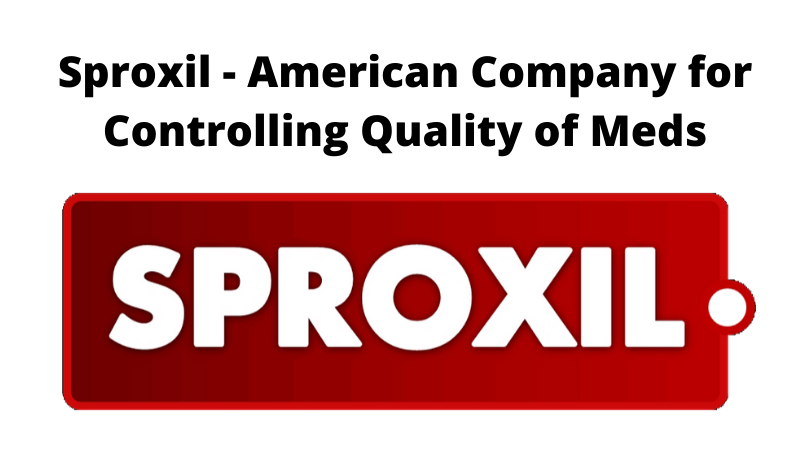 Sproxil places a safety label with a scratch-off panel over all protected products. Consumers scratch the panel at the outlet to display a unique one-time use of the code. This is a form of mass serialization. The code is sent via SMS or mobile application to the country-specific shortcode. The consumer receives a response almost immediately indicating that the product is genuine or suspicious. The company also has a 24/7 call center to provide support during the audit process and take in anonymous reports of suspicious fake activity.

Sproxil’s services are currently being applied by several pharmaceutical companies fighting against fake drugs. The fake drug market, according to the World Customs Organization (WCO), is estimated to be a $200 billion industry per year. The problem of fake drugs is especially acute in emerging markets. The World Health Organization estimates that 30% of the drugs in these markets are counterfeits and can be very harmful to people who take them.

Nowdays, Sproxil has been protecting products across over 10 industries, including pharmaceuticals, agriculture, automotive parts, and beauty&personal care.

In 2010, NAFDAC, a Nigerian government agency monitoring food and drugs, endorsed the Proxil platform and service was widely deployed throughout Nigeria. In April 2011, CNN released a video discussing the role of Sproxil played in the fight against fake drugs in Nigeria.

Sproxil – along with Pfizer, Vodafone and WaterHealth International – has committed to Business Call to Action (BCtA), a global leadership initiative made up of companies that apply their core business expertise to 8 internationally agreed Millennium Development Goals (MDGs).

In February 2011, Proxil announced that it received $ 1.8 million in funding from the Cleverness Fund. Funding is used to help the company expand to India. Johnson&Johnson and GlaxoSmithKline use Sproxil services in Africa as the Nigerian distributor of Merck KGaA under the name – Biofem.

In June 2011, Sproxil began operations in India. In July 2011 Kenya Pharmacy and the Poison Board (PPB) also adopted similar text-based anti-counterfeiting systems. Since the beginning of 2012, Sproxil has announced that over one million people in Africa verified their medications using a text message based verification service developed by this company.

In February 2013, Proxil signaled on East African Cables to protect their electrical cables through the Zinduka Initiative. The initiative uses the MPA solution to help consumers verify that their electrical cables are genuine before purchasing. This partnership marked the continued expansion of Proxil to non-pharmaceutical markets. Other industries that use the Proxil solution are fabric and clothing (underwear).

To date, the company has processed over 14 million consumer reviews. This is the highest recorded number of checks of its kind.