Sproxil applies a scratch code on all medications sold in Africa. The buyer sends this code in a text message to the Sproxil verification service, where the product is authenticated.

Sproxil recently received a $1.8 million investment from Acumen Fund. It is a not-for-profit global venture capital firm in the fight against poverty in South Asia and East Africa. These funds will be spent on the formation of a sales group in the USA and Nigeria, the company also plans to start work in India and Kenya and improve its technology. 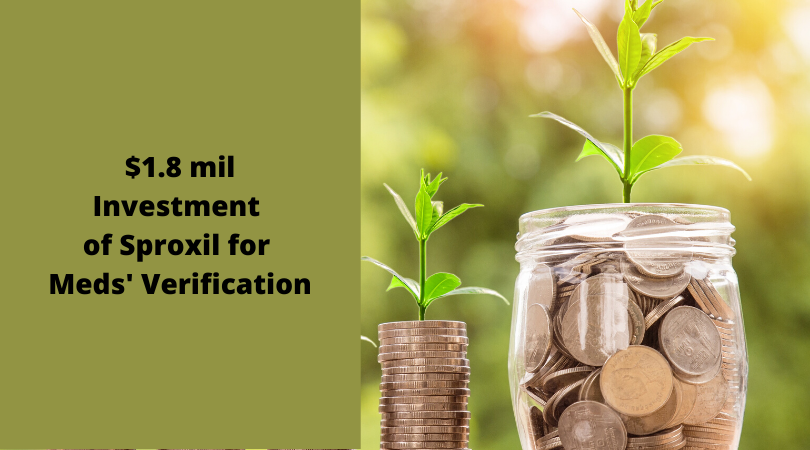 Drug fake is a serious problem in developing countries. According to the World Health Organization (WHO), up to 30% of drugs sold in these countries are fake. Up to 50% of drugs in countries such as Ghana and Pakistan are substandard, that is, they do not include the right dose of drugs. WHO estimates that 200,000 deaths from malaria could have been prevented if all antimalarials were genuine.

Unfortunately, most of these methods are too expensive or require the use of technologies that are not widely used in developing countries. Sproxil technology only needs a mobile phone.

Sproxil has already sold over 5 million anti-counterfeit labels to Nigeria. The company’s customer list includes both local companies and pharmaceutical giants such as Johnson & Johnson and GlaxoSmithKline. The latter will use codes on its products, which are delivered to Nigeria at two million a year. Sproxil services are cheaper than if each company used its own method of product protection.

When journalists spoke with Ashifi Gogo, CEO of the company last year, he foresaw that similar codes would be used to authenticate other products, such as alcohol (one of the most fake things in Asia) and luxury goods. But now the fake drug market remains in the spotlight.

Sproxil was founded in 2009 and has 12 full-time employees and offices in Somerville, Massachusetts, and Lagos, Nigeria. The company receives private investment and is profitable.