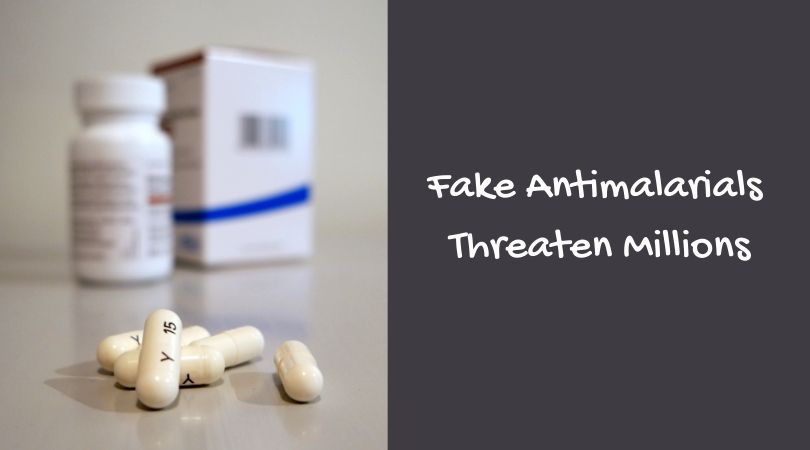 According to the World Health Organization (WHO), counterfeit medicines are found everywhere in the world. These are drugs from toxic substances, as well as drugs that are not working. 700,000 people die from the use of fake antimalarials annually. WHO reports that the annual revenue from the sale of substandard or counterfeit medicines is about $200 billion.

Developing countries, including Ghana, attempt to counteract the spread of fake meds by a variety of innovative methods.

Ghanaian entrepreneur Ashifi Gogo has proposed an innovative way to combat counterfeiting. His idea is as follows: a label with a unique code is applied to the packaging of medicines. By removing the protective layer, the buyer can send the code to the manufacturer of the drug from a mobile phone and get information about whether the drug is real or fake.

In a report at the TEDx conference in Boston, Ashifi Gogo spoke about the successful application of his idea in practice. Its implementation requires the use of mobile phones, the participation of residents, as well as support from state and pharmaceutical companies.

Rajendran Mukhopadhyay gives an overview of the solutions available today and shares some fun practice cases:

«The control procedure begins with a thorough visual inspection. Inspectors carefully inspect the packaging, as the fact of intentional fraud of the consumer should be undeniably established. The lack of the active ingredient in capsules or tablets may be due to a commonplace mistake in the enterprise. Some errors on the packaging of counterfeit medicines are quite comical. So, once we came across a drug which shelf life expired before the date of manufacture! We immediately realized that something was amiss here.»

However, it is difficult to conduct checks in the context of scarce financing:

The difficulties that inspectors face in developing countries make them think creatively and develop effective analytical verification methods that are inexpensive and reliable. “We found that many of the fake anti-malarial drugs that manufacturers give out as new products developed in China contain calcium carbonate,” said Michael Green, a fellow at the US Center for Disease Control and Prevention. However, calcium carbonate is not included in the composition of the original preparation, so the fake was not difficult to recognize by chemical analysis – immersion of crushed tablets in a solution of acetic acid.

A major challenge for developing countries

In addition to the negative economic consequences, fake drugs pose a serious threat to global health care. They endanger the life and well-being of patients and undermine confidence in the health system and its employees.
Developed infrastructure is also needed to deal with fraudsters.

Despite the innovations mentioned above, tracking counterfeit medicines remains a difficult task, requiring both the use of high technology and the rigorous implementation of international law. Many antimalarial drugs sold in developing countries (such as Ghana) this year are fake or substandard but this was reported after they treated patients. According to a 2012 study, a third of antimalarials in Southeast Asia and tropical Africa did not pass chemical control or packaging checks or were counterfeit. In 2007, the Kenyan Ministry of Health issued a warning about the falsification of the antimalarial drug Duo-Cotecxin sold in Nairobi, as well as recommendations for the recognition of fakes.

The author of Prisca from the island of Madagascar explains why consumers stopped contacting pharmacies and prefer to buy medicines at unofficial points of sale: “Many stores sell medicines over the counter.” Fara, the owner of one of them, notes: “We sell the same drugs as pharmacies – I buy them from a certified distributor. However, my tax rate is much lower than that of pharmacies.” For buyers, the cost of drugs is of paramount importance.

It is necessary to determine the distribution routes of counterfeit medicines, as this will more effectively counteract their traffic. However, we should not forget that it is equally necessary to innovate in other areas, as well as to fight diseases. Henry Neondo, the author of the African Science News portal, emphasized that malaria in Kenya needs to be tackled in more effective ways, including developing a vaccine.