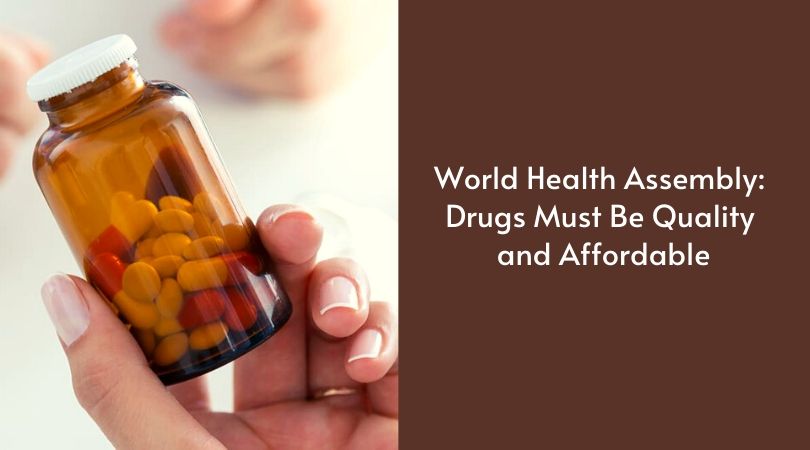 The trade in counterfeit medicines also applies to vital medicines. The World Health Organization (WHO) is working with Interpol to eradicate criminal networks that receive billions of dollars from this cynical trade.

The growing threat from fake drugs

In 2009, 20 million tablets, vials and packages of fake and illegal drugs were confiscated during a five-month operation coordinated by the International Criminal Police Organization (Interpol), which was carried out throughout China and its neighbors in Southeast Asia; 33 people were arrested and 100 retail outlets closed.

Also last year, during a series of raids in Egypt, counterfeit drugs worth several hundred million dollars were discovered and a criminal network was identified that supplied consumers throughout the Middle East. In Europe, customs officials confiscated 34 million fake pills in just two months of 2009.

The results from this series of law enforcement operations around the world have gradually revealed a picture of trade that has shocked even regulatory professionals who are familiar with these issues. Health experts believe that such operations offend the top layer of the thriving industry of fake drugs, which poses an increasing threat to public health around the world.

According to the industry-funded organization, the Institute for Pharmaceutical Safety, Asia accounts for the largest share of counterfeit drug trade. However, according to an Interpol employee, Elin Planson, fake drugs are present anywhere in the world. She said: “Entire streams of drugs move from one place to another, and there are many centers for organizing such a movement.”

The threat from fake pharmaceuticals is hardly new; national authorities in many countries have long been fighting their own counterfeit medicines. Although WHO has been actively working on these complex and politically sensitive issues since they were first discussed at the World Health Assembly in May 1988, law enforcement efforts gained momentum in 2006, when the International Medical Products Anti-counterfeiting Taskforce (IMPACT) was established. Representatives of international organizations, law enforcement agencies, industry and non-governmental organizations participate in it.

Since then, IMPACT members have been working closely on international criminal investigations, helping countries strengthen their detection and enforcement systems, and working with industry to create measures such as secure, high-tech pharmaceutical packaging.

Worldwide sales of counterfeit medicines can reach up to $75 billion, representing a 90% increase over five years, according to an estimate published by the Center for Medicines of Public Interest in the United States of America (USA). It is difficult to measure the magnitude of this problem when there are so many sources of information and various definitions of “fake drugs”. According to Sabina Kopp, IMPACT Acting Executive Secretary and Head of the WHO Counterfeit Drug Program, WHO is currently conducting a review to compare legislation and terminology used to combat counterfeit medical devices in different countries.

She said the following: “In reality, research provides only some reflection of the situation, as those involved in counterfeiting exhibit exceptional flexibility in copying products and avoid detection.”

There is no exact data with which to reliably measure the scale of this widespread, extremely complex and profitable business, but “we are talking about huge amounts of confiscated products and extremely complex criminal networks,” said Interpol Planson, who is the co-chair of the working group. IMPACT enforcement.

The range of counterfeit products entering the markets has also expanded with the increasing commercial use of the Internet, which provides a huge and ramified network for the sale of both branded medicines and generics. According to WHO, in more than 50% of cases, drugs purchased through the Internet on illegal sites that hide their physical addresses are fake.

More recently, a completely shocking phenomenon has been discovered: fake versions of life-saving and prescription drugs for cancer and serious cardiovascular diseases are also being sold to consumers over the Internet, according to a report from the European Alliance for Access to Safe Medicines.

According to analysts, developing countries are an easy target for those involved in counterfeiting since the cost of legal drugs may not be affordable for most of the population, and legal regulation is often weak.

The Storm-2 operation, conducted in Asia in 2009 and coordinated by IMPACT, confiscated a wide variety of drugs, from antibiotics to birth control drugs, tetanus toxoid, anti-malarial drugs, and drugs to restore erectile function.

Even though there are strict regulations and better enforcement in higher-income countries, they also offer opportunities for large profits in the counterfeit market. According to the United States Medicines and Health Products Regulatory Agency, counterfeit drug manufacturers are now rushing into the most profitable markets, copying drugs with high cost, high turnover and high demand. The motivation for the fake is the potentially huge profits. The criminals know very well how to quickly adapt to conditions in those places where you can get the most money.

According to a study sponsored by Pfizer and one of the largest studies in 14 European countries, Western Europeans spend more than $14 billion a year on drugs from illicit sources, many of which are fake. A significant share of this market is made up of the so-called “medicines to improve lifestyle”. In the course of this study, it was found that almost half of the drugs sold over the Internet are diet drugs, followed by influenza medications. Another major fake target in Europe is erectile dysfunction, aided by the growth of online pharmacies that provide access to prescription drugs without the need to see a doctor.

In Singapore, 150 people were hospitalized during the first five months of 2008 with acute hypoglycemia – a rapid drop in blood sugar levels. Four of them died and seven showed severe impairment of brain function. Presumably, they were taking fake copies of erectile dysfunction medications containing a significant dose of glibenclamide used to treat diabetes.

The total number of deaths due to the use of counterfeit medicines is unknown but the costs to public health are huge. In addition to directly affecting the health of individuals, fake drugs can cause resistance to drugs used to treat diseases that are the leading cause of death. The most obvious example is malaria, which kills about a million people a year.

As a result of unprecedented international cooperation and the investigation of fake antimalarial drugs, it was found that half of the 391 samples received did not contain the active component (artesunate) or contained too little to bring any benefit. Manufacturer’s holograms are no guarantee, as researchers have discovered that fake manufacturers have developed their own sophisticated fake holograms. According to an investigation published in PLoS Medicine in 2008, it was concluded that the “epidemic” of fake drugs in Southeast Asia led to “deaths from untreated malaria, a decrease in confidence in the vital drug against this disease, and significant economic losses from legitimate manufacturers and concerns about the potential for artemisinin resistance.”

People do not always find that the drugs they take are fake. Even the only case of a fake drug is unacceptable, as it indicates a weak pharmaceutical supply system and undermines confidence in health systems.

The scale and ingenuity of the trade in counterfeit medicines poses a serious problem for law enforcement. In addition, international trade provides easy-to-use opportunities for counterfeit drug manufacturers to incorporate their products into the legitimate pharmaceutical supply system and mask the source. Even in hospitals, we saw lots of real drugs to which fake drugs were added. Manufacturers of fake drugs simply falsify the accompanying documents, adding an extra zero to the quantity supplied and making up for the difference in order with their packages.

Destroying networks is just one of the goals. At this early stage, IMPACT’s other goals are to inform the public and governments, as well as collaboration between stakeholders and national law enforcement agencies. Transnational cooperation is important to tackle the complex organized transnational networks involved in faking drugs.

IMPACT sees positive results in this regard. Following two Storm operations in Southeast Asia, IMPACT intends to facilitate collaboration in information exchange and training. Eight countries took part in the first IMPACT / Interpol-coordinated operation in 2008 aimed at Internet sites selling illegal or counterfeit drugs. The second operation in 2009 was attended by 25 countries, including Australia, Canada, Israel, New Zealand, Singapore, South Africa, Thailand, the USA and 16 European countries. As a result of this operation, more than 1,200 websites involved in illegal activities were identified, 153 websites were closed and 12 people were arrested.

At the same time, experts and members of IMPACT claim that enforcement is significantly hindered by weak laws and regulations to combat manufacturers of fake drugs.

Six years ago, the International Conference of Drug Regulatory Authorities proposed that WHO develop an international convention but this proved to be a difficult process. So far, no consensus has been reached on the text of the convention, and some governments continue to object to this proposal. Measures to strengthen the legal framework for law enforcement continue to be discussed. The plans to raise this issue at the World Health Assembly in May 2009 were not implemented as a result of the emergence of the H1N1 flu pandemic, and this year hopes are again placed on the upcoming session of the Assembly.